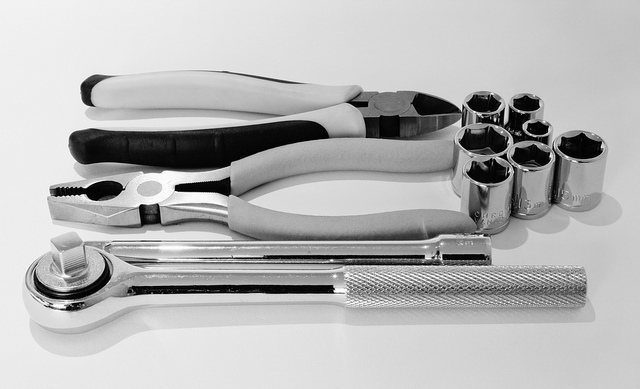 We live nowadays in a world of abundance. We have plenty of opportunities, almost unlimited possibilities and myriad of tools to help you do your job. In IT world there is no single week without a new piece of software coming out advertised as finally the one which will give you boost, save your time, help you sell more, build faster. And you start to believe it, creating plans and vision how awesome it is going to be. Finally, you found something you’ve been waiting for and will make everything better from now on. Weeks passes, euphoria wears off, nothing or little changes and you stuck where you started.

Have you caught yourself on that? Cause I know I have. Many times. And not only in my professional area. It’s just the way we sometimes postpone actions and looking for… excuses. That’s right - lack of actions, because of poor tools is just an excuse. Of course better ones may (and under some conditions will) bring better results. It’s not however going to solve procrastination issues. You can bring tools after you started working and managed to overcome basic impediments. It’s like you would want to start learning to drive, but only in fastest and the best car available while actually the mediocre one will do fine.

Your brain will often create an illusion that when you get something you will finally be able to achieve something you want. No, you won’t. Tools won’t help you:

You’re still on your own when it comes to these things. And they are far more important if not the most important.

Stop making excuses. Embrace the fact that it’s not lack of tools that is the main problem, but YOU. Don’t let your mind play tricks on you. Start with a definite purpose and goal. Then just start doing with any tool available. You may be surprised, but some of the finest projects/products have been created without sufficient or no dedicated resources at all. The one that comes to my mind is ARM processor built in 1985 in Acorn. The research project had no dedicated budget and only a few people. They managed however to create one of the first version of processor which is a predecessor of chips included in almost all mobile devices.

“A bad workman blames his tools”

Many times the tool is something to be blamed for failures. It may be true in some cases, but I don’t believe they are the root cause. If for some reasons however it causes difficulties decision of switching should be quick and performed in parallel with current tool, as it might turn out that new one won’t solve anything. That can be unpleasant to realize, but it’s much better than justification I’ve heard many times (and also made ones as well) that lead you to nowhere.

Don’t look for nails when you own a hammer

I’ve seen many times people fascinated by some tool’s features which they wanted to implement as fast as possible. They were looking for opportunities to use it without even realizing whether they actually need it. It’s curiosity, not requirements that were in play then. Sometimes you need to pause, stop and think about project requirements or actual problems you need to solve. Then you may wish to adjust your action plan.

Follow a lean startup approach - fail often, fail fast. Don’t let the tool, its imperfection or lack of it stand in your way. Just do it. Start working using all you’ve got. If you fail then you will probably find what things need improving. Maybe you would need to redefine your goals, verify assumptions and sometimes eventually also change tools. Don’t wait however for technology to replace your strategy, hard work and commitment.

We tend to see future in brighter colors. Be aware that it’s just the way our brain works and it is heavily used by all sales people - they create a vision of perfect future strongly connected with the usage of their products. Don’t fall for that. I’m not saying you don’t need the best tools for your job. It’s just they are not as important as you may think. And definitely they cannot be prerequisite for any work you’ve been putting off.

I don’t believe in tools. I do believe in people, their creativity, engagement and willingness to create something big and awesome. No tool will give you that.